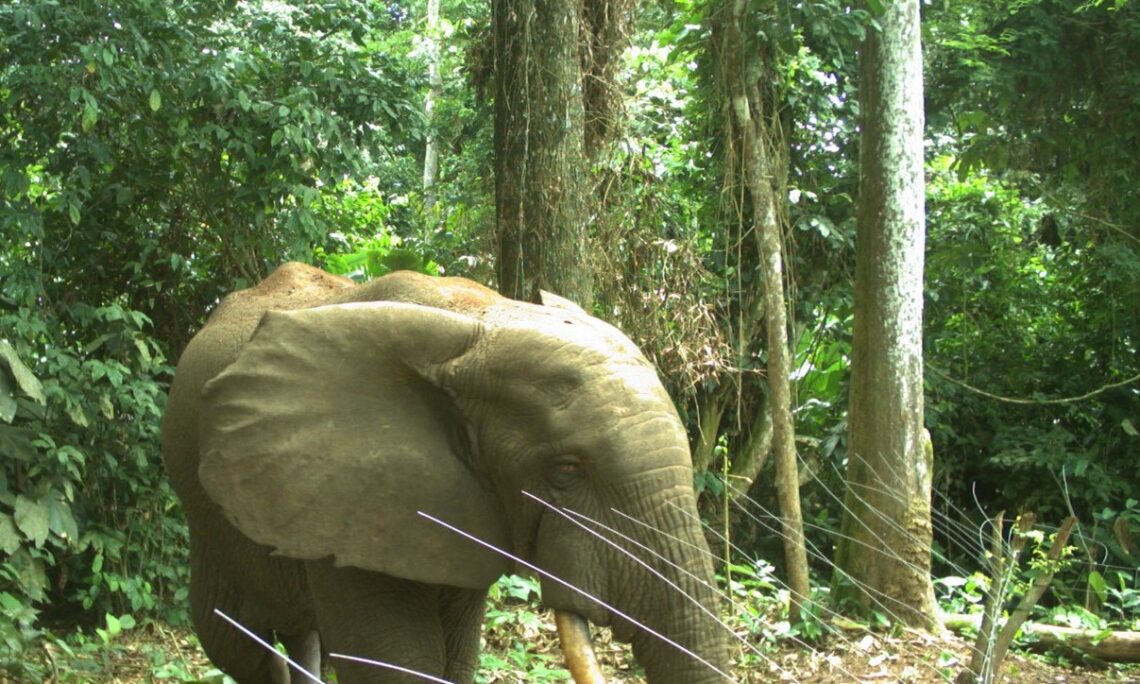 When the new agriculture project was introduced, Mrs. Mabeka Anny (38), who was born and raised in Bomassa, was hard to convince. Over the last fifteen years she had tried many times to grow crops, but every time the elephants would come and eat the produce. Bomassa is in the periphery of the Nouabalé-Ndoki National Park – one of the last great refuges for large forest mammals, such as forest elephants and lowland gorillas.

The success of the park project, which is managed through a Public-Private Partnership between Wildlife Conservation Society (WCS) and the Congolese Government, means that elephant populations are strong and as a result human-wildlife conflicts unfortunately occur regularly.

Anny, who is responsible for feeding a family of five, must rely on cassava roots purchased from suppliers in neighboring countries such as Cameroon or the Central African Republic. If borders closed (such as during the COVID-19 pandemic), or harvests in other countries failed, Anny faced a serious problem and would struggle to feed her three children.

In 2021, the community identified 10 acres of land to use for agriculture. The difference this time, compared to past attempts at farming, is that the fields would be protected by an electric fence provided by WCS, to stop elephants from entering the fields. After many different attempts with various  natural barriers that did not work (including beehives, chili plants, bells, etc.), they observed that small-scale electric fences worked well at deterring elephants from entering remote forest field camps. WCS was keen try a pilot project where this idea could be tested at a larger scale.

The new agricultural zone was divided up into 58 plots, which the community allocated between themselves. Anny was given just under 7,000 square feet to farm. After 10 months the project has proved very successful. While elephants have tried to enter the field 228 times since the start of the project, none of them have been successful, and as a result the crops have flourished.

“I was amazed on that first harvest day when I got a total of three wheelbarrows (about 550 llbs) of cassava” Anny said. “I even had enough to sell, as well as feed my family for six weeks. With the money from the sale I was able to buy clothes and Christmas presents for my three children. These items always used to be purchased by my husband and it was empowering that I was able to do it this year”.

Anny’s experience is not unique, with many households reporting similar yields. The success of this project, that combines wildlife conservation with community’s livelihoods, means that the park is constructing a new food market in the village to support this new booming sector in the local economy. Anny’s only request now: “I hope that the park and the community can keep working together and extend the amount of protected farming land available. I want to grow enough food to support my family all year round”. With the continuing support of USAID, WCS plans to expand this pilot-project to an even larger scale in 2023.

The USAID Tourism Expansion in Nouabalé-Ndoki National Park Activity is a four-year program that started in April 2020 to create professionally managed tourism concession that provides a sustainable source of finance to Nouabalé-Ndoki National Park, supporting the conservation of its biodiversity and the sustainable development of its communities. The program is a partnership between WCS, a leading international wildlife conservation non-profit with 30-years’ experience operating in Congo; the Congo Conservation Company, a company pioneering the development of tourism in Central Africa; and USAID, the world’s pre-eminent leader in development assistance.