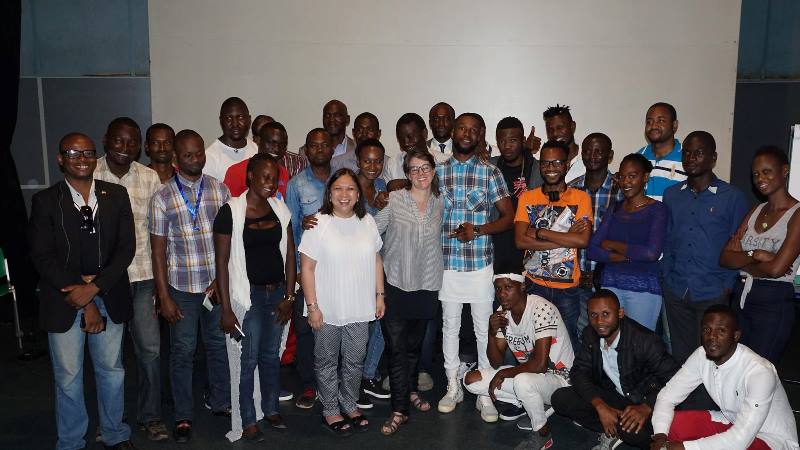 American filmmakers Ramona Diaz and Laura Nix visited Congo-Brazzaville from March 25 to April 2 thanks to sponsorship support from the U.S. Department of State’s Education and Cultural Affairs and American Film Showcase (AFS). The filmmakers shared their knowledge of the film industry with Congolese counterparts and discussed women-issues with hundreds of young people. Filmmakers conducted a series of mixed-level master classes in Brazzaville and Pointe-Noire to help Congolese professional filmmakers develop their art of storytelling and shared professional techniques at various stages of the production process. American film experts led separate sessions on fundraising, proposal writing, and other business aspects of filmmaking to increase the visibility of the Congolese film industry domestically and internationally. Additionally, English Clubs members from both cities viewed Ramona and Laura’s films showcasing Philippine and Syrian women’s contributions to economic development and claiming rights to freely worship in their societies. Film viewings prompted lively discussions about women’s roles in society and defying stereotypes during Women’s History Month. Discussions ensued about how challenges and opportunities for Congolese women to fully contribute to Congo’s socio-economic development. This first ever AFS visit to Congo-Brazzaville aimed to promote economic development and democratic values of freedom of expression, women rights, and religion. The U.S. Embassies in Brazzaville and Kinshasa jointly organized the visiting film directors’ programs for outreach in both Congos