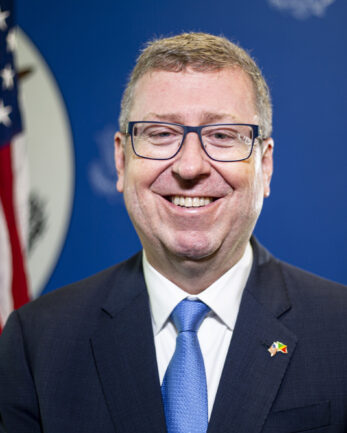 Mr. Young earned his B.A. degree from Miami University in Oxford, Ohio and an M.A. degree from George Washington University, in Washington, D.C. His foreign languages are German, French, Slovene, Slovak and Serbo-Croatian. Mr. Young is married to Dr. Zoë Wilson and they have two children.