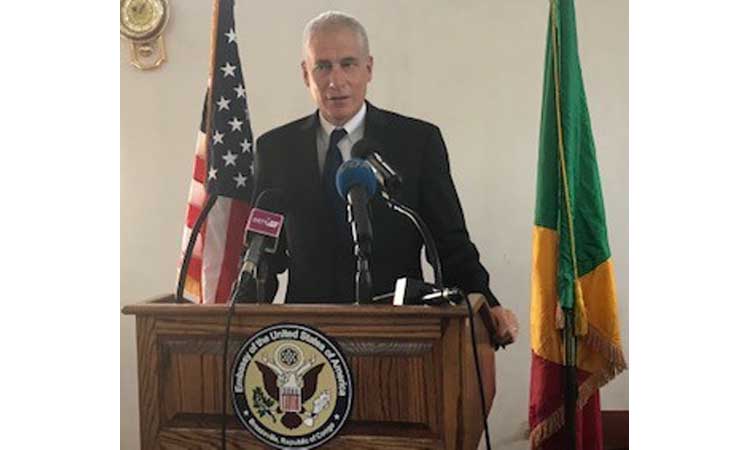 At the closing ceremony of a training of gendarmes, police and justice officials conducted by FBI experts on improving interviewing techniques, Ambassador Haskell quoted President Trump noting that the fight against human trafficking is one of the U.S. government’s highest priorities. The U.S. Embassy has collaborated with the Congolese government, civil society, religious communities and also with victims themselves to fight against human trafficking with the goal of ending the scourge of this human rights violation.