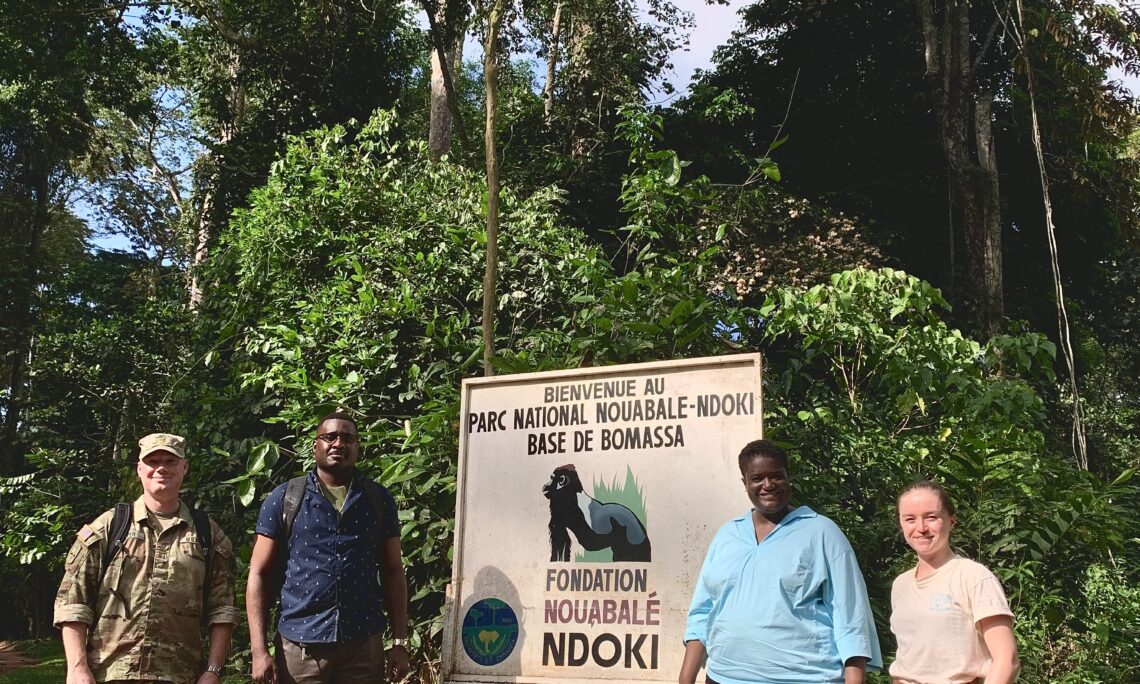 On October 18, 2022, Chargé d’Affaires Bisola Ojikutu visited the Wildlife Conservation Society base camp in Bomassa, on the periphery of the Nouabalé-Ndoki National Park in the northern part of the Republic of the Congo, to engage local authorities and park rangers on ongoing joint U.S.-Congo efforts to protect the Congo Basin and its biodiversity.

Ms. Ojikutu had the opportunity to learn and discuss opportunities inherent to the management of the Nouabalé-Ndoki National Park, including the important role of park rangers who are vital to combatting poaching and protecting endangered animal species. The park administration is committed to safety and security, which Ms. Ojikutu saw firsthand via a demonstration of field medical response training by the Brazzaville Fire Department for rangers.

The visit also provided the opportunity see firsthand the many contributions of the long-standing U.S-Congo partnership in wildlife conservation, local community development, and the protection of the Congo-Basin.  Nouabalé-Ndoki National Park was created and has run for over 25 years with the support of the United States. It will play an increasingly important role in the fight against climate change and the diversification of the Congolese economy via ecotourism.