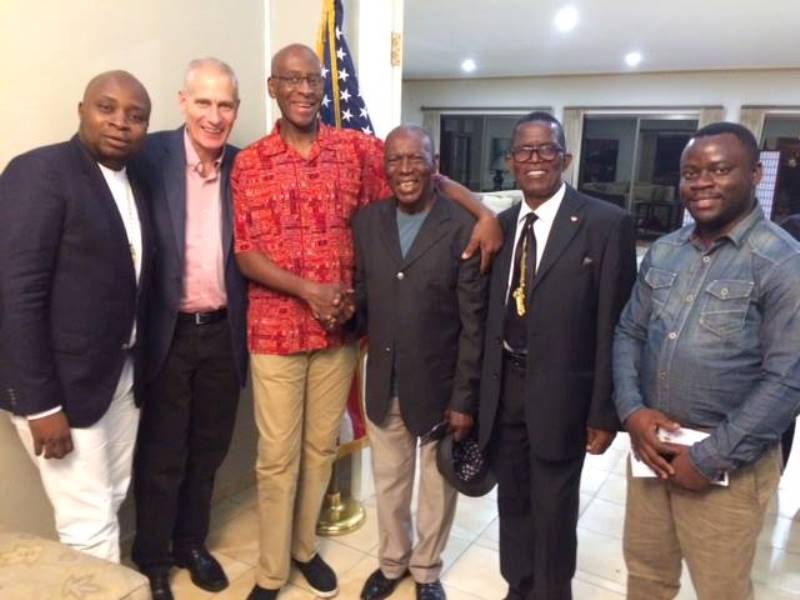 On the occasion of the visit of American musician Sulaiman Hakim to Brazzaville, Ambassador Todd Haskell hosted a dinner in his honor at his residence with some of the legends of Congolese music: Michel Boyibanda, Clotaire Kimbolo and the torch bearer of the new generation of Congolese musicians, Roga-Roga. Hakim was in Brazzaville to take part in the 3rd edition of the Brajazz Festival organized by the French Institute of the Congo (IFC) from 3 to 7 October in partnership with the U .S. Embassy in Congo. Hakim performed at the IFC on Thursday, October 5 with the Luwawanu Brazza Jazz Band in a show that featured blues and jazz pieces from various parts of America including Texas, Chicago, New Orleans and New York.  He also performed at a special show in the lobby of the Maya-Maya International Airport on Friday, October 6 again with the Luwawanu Brazza Jazz Band. Congolese pianist Baurdier and singers Eved and Liz Banbindamana also took part in the event.