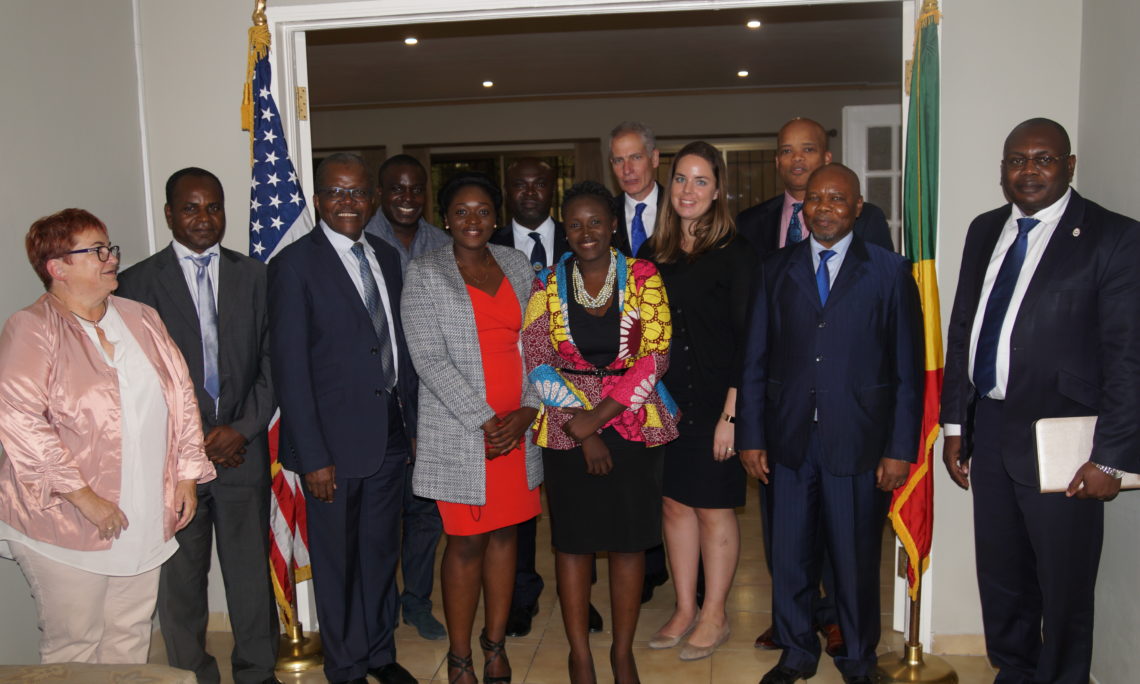 Retired NASA astronaut, Navy Captain Robert Curbeam, visited Brazzaville on August 9 as part of a regional program focusing on STEM (Science, Technology, Engineering and Math) education.  Captain Curbeam meets with students to encourage them to study the sciences.  His philosophy is to inspire students to study science not because they should, but because it’s fun, and he shares many stories of his adventures and experiences with them.  While in Brazzaville, he met with educators, government officials and USG exchange program alumni at the residence of U.S. Ambassador Todd Haskell.  Captain Curbeam and Ambassador Haskell emphasized that STEM education is a driver of economic development and is important for the development of the Republic of Congo.  Captain Curbeam also spoke with daily newspaper Les Depeche about his career as an astronaut and his work in STEM education.