Home Page d'accueil | News & Events | 9/11 Commemoration: we are partners in the fight against terrorism 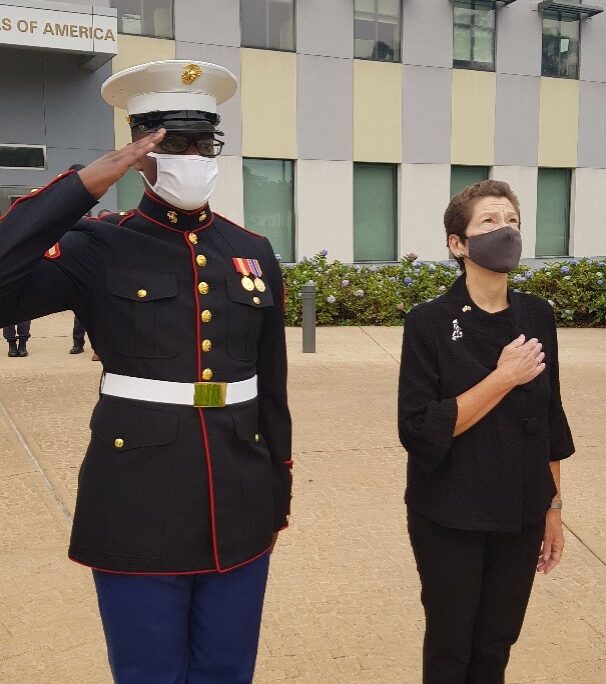 9/11 Commemoration: we are partners in the fight against terrorism.

Chargé d’Affaires Ellen B. Thorburn and U.S. Embassy Brazzaville’s Marine Detachment observe a moment of silence to commemorate the lives lost during the terrorist attacks perpetrated on American soil on Tuesday, September 11th 2001. The flag at the Embassy will be at half-mast to honor those who died, including first-responders and others who gave their lives trying to help others.

It is important to remember that hate is never the answer. Our thoughts at U.S. Embassy Brazzaville are with not just those we lost on 9/11, but with those in Afghanistan and all over the world whose lives have been lost or impacted by terrorist acts. We are partners in the fight against terrorism.